These days I don’t really look for new bands/rock music to listen to, but was very happy to come across this fantastic record from ex wife. Found out about this album while browsing Evil Weevil Records’ catalog (the label that released DLH’s punk album). Just happened to think the artwork was interesting and listened to it on Bandcamp, immediately purchased the LP afterward. I have a hard time thinking of how to describe the music found on this release, kind of a spacey/psychedelic punk sound is the best way I can put it. Definitely recommend checking this record out, it is easily one of my favorite releases this year (2013 Albums of the Year coming soon!!!). If you’re going to pick up the vinyl, I recommend the great looking yellow version as seen below! Be sure to follow ex wife on Facebook for future work and shows. 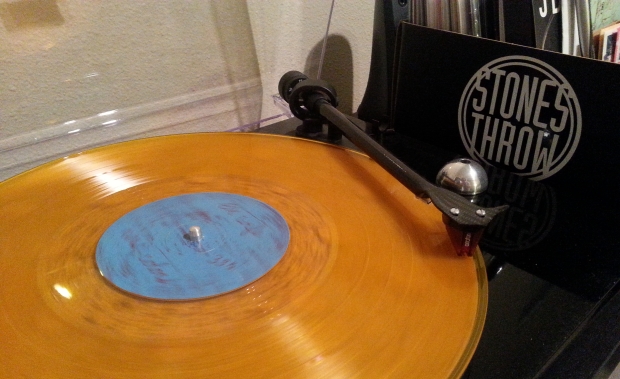 Had planned on working on my Albums of the Year post today but got distracted by doing an entry for Stones Throw’s 7 Days of Funk Video Contest. I noticed how few entries there currently are and how awesome the prizes are (I really want that 7 Days of Funk Boxset!). I doubt I will win anything but I thought it was pretty fun to work on the video. This was my first time editing green screen stuff and I only have Windows Live Movie Maker + iMovie (plus I’m not a great video editor at all!) so the results were meh all together. The bar is pretty low so far with the entries but I’m sure if this contest ends up being anything like ST’s last video contest the professional/skilled video makers will drop entries eventually. Below is my favorite entry so far:

When Anthony Fantano linked to “cal tape 3hree” earlier today I was expecting a collection of things like this. Instead we get a solid little beat tape from who I’m assuming is Anthony Fantano himself, unless maybe this is another beatmaker using the pseudonym. If you’re unfamilar with Cal Chuchesta you should watch this (or this). I found the other two tapes and now remember hearing some of these on Youtube awhile back, though I did not know they were from an actual tape associated to The Needle Drop. Downloads for all three are available above, cool collection of short instrumental beats. I’m a huge fan of Fantano’s stuff (as you can tell from the sidebar!) and would definitely recommend checking out any of his reviews over on Youtube as well.

Mentioned 20Syl in my last post, made me think of another French rap group I had heard some music from many years ago. The track above from MIC-PRO I found out about after seeing it mentioned somewhere (probably STMB) that Madlib made a super short/obscure appearance in the video. I don’t speak any French and certainly have no idea what they’re rapping about but the flow and beat go well together, I’ve actually still remembered the track after all these years since first hearing it. There were a few other tracks from these guys floating around Youtube back then but I still have never heard the full album Les Modes Passent…, wish I could find this somewhere. Found a Vimeo account associated to the guys here that has a few tracks I hadn’t heard before. Will continue to look for the full album, hopefully someday I’ll be able to hear the whole thing.

Egon, Madlib, 20Syl (French rapper/producer), and DOOM all recently made an appearance on French radio Fip together on the “DITES 33” program. The two hour program includes an interview with the group, some great music in between, and a 30 minute mix by Egon at the end. Unfortunately most of the interview is harder to hear as a French translator talks over them (makes sense why though, it’s a French radio broadcast), there are some insights that I found interesting. A few that stood out to me was when Madlib mentions the Lootpack album making him cringe now when he hears it (I imagine many artists feeling this way about their early music) and that when Freddie Gibbs received music by Madlib his thought was only to use the material for intros or interludes until Lambo convinced him to rap over the stuff. I was also impressed by the 20Syl tracks that were played during the program, I had never heard of him before and will try checking out more of his stuff in the future. Overall it’s a great radio program that’s worth listening to when you have the time.

Full artwork I made for the broadcast featuring a photo of the group in the studio: ps: This is my last Madlib related post for a bit, I swear!

Writing a bunch about Madlib in my last post got me feeling all nostalgic about his early stuff. Above is probably my favorite music video from this era, the more rough/dirty sound of the beats (that On-N-On aka Infinity Sound bass is badass) and the simplicity of the video I really enjoy. It’s cool thinking about these times when Madlib was hanging out with all the rest of the early Stones Throw crew that included Wildchild, DJ Romes, Declaime, MED, Kazi, Oh No, etc etc. Times definitely change (Madlib recently mentioned in an interview that hearing this album makes him cringe) and I definitely appreciate every phase Madlib goes through in his music, but to me there will always be a special place in my mind for this era of work.

END_OF_DOCUMENT_TOKEN_TO_BE_REPLACED

Download
Awesome mix from Edan, presented by the always excellent Red Bull Music Academy. Someone sent this my way, happy I didn’t miss it. Great variety of music here, everything is dope (especially digging that 34:36 track, crazy stuff). For those unfamiliar with Edan I’d highly recommend checking out Beauty and the Beat. Be sure to visit the Mixcloud for even more music presented by RBMA.

Couple of fantastic tapes from Netherlands producer monomau. Very smooth loops here, all work done on the SP-404. Always impressed with what good producers can do with a little sampler like this and a stack of wax. Favorites are 2.am skylines and 85 highway theme, though I’d say all of these tracks are dope. monomau also deserves props on giving credit where it’s due on borrowed herbs, I’m enjoying his flip too. Everything found here is short and sweet, nothing goes on too long like some other beat tapes can. Both of these projects can be downloaded on Bandcamp.

Awesome setup picture found over there too! 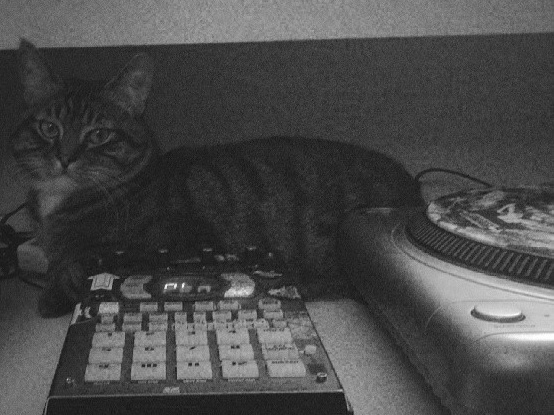 Sweet remix of Dabrye’s Game Over featuring J Dilla & Phat Kat. Hadn’t heard of Moods until my last post, looks like he’s actually quite popular given the numbers associated to his Soundcloud and Facebook. While I always liked the original track, think I have to say Moods topped Dabrye’s original beat. There’s a lot more where this came from, definitely check out the Soundcloud if you’re digging this remix.