Dope track/video from C.i.D. Found out about this one through the Youtube comments on The Underachievers’ new video. A comment from Red Print (who C.i.D’s part of) promised that folks who enjoyed the UA would also dig the stuff they’re putting out. Normally I click these comments to see how bad it is compared to whatever claim they are making, was pleasantly surprised to see that these dudes are actually putting out some legit music that lives up to their promise.

Everything about this video is nice. C.i.D’s great on the mic and the smooth production by Moods is fantastic. The video production is even at a high level here. All of this is surprising to me given how young the crew appears to be, I’d definitely keep these dudes on your radar. Wouldn’t be surprised if these guys get more attention in the future. According to C.i.D a tape will be out next summer, looking forward to checking it out. You can download Daily Routine for free over on Soundcloud.

New video from The UA featuring a track from one of this year’s best releases Indigoism. Kind of cool that they went back and did another video for this tape. Sounds like the song has been remastered for the video, wonder if it might make an appearance on their debut album through Brainfeeder. According to the video’s Youtube description this will be coming 2014, really looking forward to it. Definitely recommend downloading both tapes: Indigoism & The Lords of Flatbush.

Went over to Westport, WA earlier today, nothing to do this Sunday so we figured we’d check out the Pacific Ocean. Believe it or not, we saw a few whales about 100-200 yards away from the beach (evidence!). At first we thought one might be hurt, but 10 mins later we saw a seal swimming away so we think they were maybe coming in for the kill. It was like watching something on National Geographic for about 15-20 mins, was totally worth the short trip over! As you can see below it was a nice sunny/cool day. 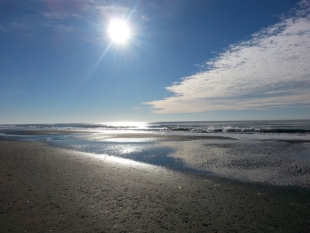 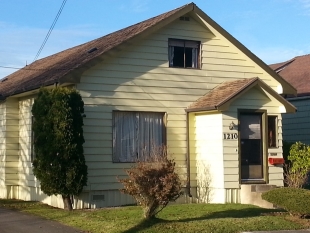 On our way back we were passing through Aberdeen which of course was home to Kurt Cobain. Recently there has been news that Cobain’s childhood home was for sale, we thought it might be a good idea to take a look at it now just in case someone decided to tear it down sometime in the future.

While driving through Aberdeen and Kurt Cobain’s old neighborhood, it becomes clear that this is not like the rich/fancy city of Seattle up north. Almost any time you hear about not just Kurt Cobain or Nirvana, but really any Washington State musician or celebrity, Seattle is often brought up exclusively which has always irked me a bit. There are many unique aspects/experiences one can have growing up or living outside of Seattle and the blanket term of “Seattle” has never felt very accurate when used to describe just about everything from this state. A few cool examples of artists talking about their experiences outside of Seattle that come to mind include Modest Mouse and James Pants.

New video for the upcoming Step Brothers record, sweet collaboration project featuring Alchemist & Evidence. Was digging the Ron Carter track released last month, think this one is even better. Really like the video too, Jason Goldwatch stuff is always great. Not the craziest video he’s ever worked on, but the awesome competitions are fitting for this project. The debut Step Brothers album Lord Steppington will be coming out late January through Rhymesayers, preorder over here (must have that gold vinyl!).

Really enjoying the new Yancey Boys record Sunset Blvd. that just came out recently. Above is the first track of the album, makes for a strong start to a great project.

Some folks had kind of mixed feelings about the previous Illa J album Yancey Boys, never really understood why some were disappointed by it. Given the other more mediocre treatments of posthumous Dilla material that exists, I felt like Yancey Boys was a solid effort that respected the legacy of the material being used. I suppose I agree with those who thought Illa J is a better rapper than singer, happy to say that there’s a bit more of a focus on the rap this time around on Sunset Blvd.

Ever since hearing The Throwaway last year (video below), I had a feeling that this project would be an improvement on the first one. After listening to the album a few times I’m confident in saying that it’s an even better effort by all of those involved. I would definitely recommend this to everyone, even to those who might not have been big on the previous record. The unreleased Dilla beats are worth it alone, the vintage-era sound represented is fantastic. You can grab both the record and instrumentals right now over at Delicious Vinyl.

ps: Jeep Volume is very dope, prob my favorite track off this one. Check the change up: [audiotube id=”JvYDpoI8EVY” size=”large” time=”no”]

Simply incredible, very very dope Madlib appearance on Benji B’s BBC Radio 1 show. Benji has had some great takeovers in the past, but this has to be the greatest one I’ve heard so far. Not a whole lot of information in the interview, but the huge amount of new/unreleased music played during the two hour show more than makes up for this. The following are just some of the exclusives played: Quasimoto, Jaylib, Madvillain, Freddie Gibbs, Mos Def, MED, and MORE. Lots of other classic cuts also included here, truly a fantastic program. It’s a long one, but it is definitely worth a listen!

Cool EP from Denver crew High Five. Found out about this one through longtime STMB dude SunnyMeadowz who is part of the group (artwork for the release also provided by LuvBunz of STMB). Digging the more old school vibe of this EP, some great rap and production from these guys. Whole project is dope, with Heaters Like This, Thousand Years, and Magnatize standing out to me on first listen. Masters of Maintenance can be downloaded over here at any price. Sounds like a full record will be coming out soon, might want to like them on Facebook to keep up on this.

A video for Who’s Rhyming was also released recently which you can see below:

James Pants – Tale of a Whale

Sweet track from the b-side of James Pants’ Every Night I Dream 7″. Was listening to Jonwayne’s record last night which is played at 45 rpm, figured I might as well listen to some 7 inch stuff after that. Great tune, according to the description here it was JP’s official theme music for 2011. The self-titled album that came out that year was amazing and I can’t think of anything I’d take away from it to get this track on there. It’s too bad it couldn’t be squeezed in somewhere though, I imagine a lot of folks missed out on this.

Full stream of Vex Ruffin’s self-titled debut album with Stones Throw. Since Vex signed with ST a few years ago I have had mixed feelings about the dude. I really enjoyed tracks like I’m Creative and Losing Control but was never really digging stuff like Crash Course. It wasn’t until this year’s fantastic Krista project with James Pants that I have grown to appreciate his music better (God I wish this could become a full album).

Upon first listen of this record I have to say that it turned out quite well. Some of Vex’s previous stuff has been a bit too noisy for my taste, seems like a lot of this was toned down for the album which I feel like was for the best. Standout tracks to me are Hard On Myself, It Will Come, and Ruined. Also really really love the track Forget It, would be amazing to get a full Vex project of this type of material. Overall I must say that this is a strong release, I can certainly see why Peanut Butter Wolf signed him now.

On a different note, I really wish I lived in the LA area. I keep missing out on all the badass stuff Stones Throw does down there. This time around they held an awesome listening party with super short notice, some great photos of the little event over here. What I’m especially jealous of is the fact that they gave out a super limited special release of the album on wax which can be seen below. Will keep an eye out for any of these that go on sale, but I imagine they’ll go for way more than I can afford. 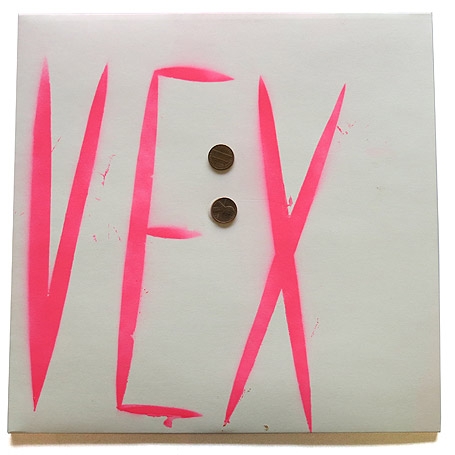 Still in an Adult Swim mood, was watching the original promos tonight and getting super nostalgic. The music in these ads was always prominent to me as a kid. After all these years I’ve finally looked into what it was. The track is Mambo Gallego (D Code Mix), which is a mix of the original by Tito Puente. Very sweet tune, happy to finally know what it is now. I made the video above which is the full song over the compilation of original promos/bumps. The track can be downloaded here.