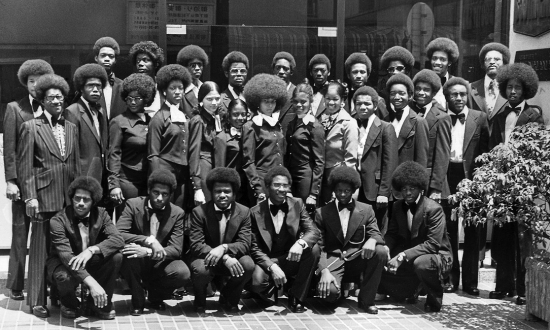 This track had been stuck in my head a few weeks ago, I’m happy to have finally identified it. Have heard this a few times during live James Pants sets I’ve posted about here and here but couldn’t figure out what it was. I keep forgetting that awesome apps like Shazam exist which lead to my discovery in seconds.

Great song from the Kashmere Stage Band, looks like their material has seen reissues from Egon’s Now-Again label which might explain how JP came across the track. There was a 12″ released for the song which I picked up immediately after finding out about all of this. The story behind the band sounds quite interesting and there was actually a documentary released a few years ago that discusses their history. Very interested in seeing this after checking out the trailer which I’ve included below: