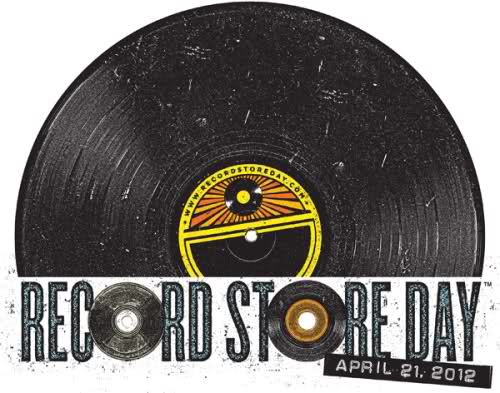 Today is Record Store Day 2012! My original plan was to hit some shops in Seattle this afternoon, but I was very tired from my first week of work at my new job. I decided to stay a little more local because of this and took a drive over to Hi-Voltage Records in Tacoma. First time visiting their shop, it reminded me a little of Jive Time Records over in Fremont but with more new records. Like most of the shops in Washington I have visited, the hip hop sections were pretty slim unfortunately. They had a nice selection of rock, funk, and jazz for sure though.

I ended up grabbing a few records, would have gotten more if I wasn’t so broke right now. Was thinking about buying Pixies Doolittle, but decided to get the new Beastie Boys vinyl because it was the fancy white version with a bonus 7 inch inside. Before leaving I checked out the sidewalk selection and found a few goodies too. Found the Moody Blues album with Lost in a Lost World (a favorite song of mine Madlib has sampled/thrown into some mix). Also bought a Cheap Thrills album with some sweet Robert Crumb art. Wasn’t very familiar with the actual band until looking it up when I got home. Probably not a big fan of their music (and according to this video, Crumb isn’t really either) but it was definitely worth the $2 I paid for the artwork alone! 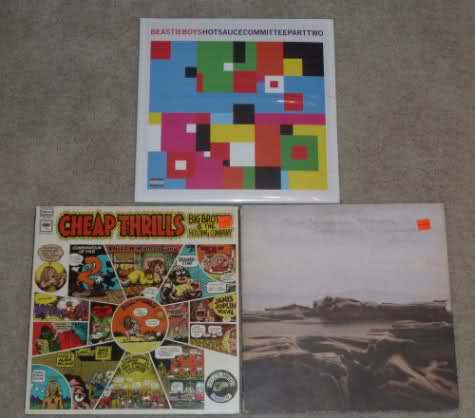 Was nice to finally get around to checking out a shop today, I haven’t been to a record store in quite some time. Hopefully next year I will have more money and time to check out some other shops around the Northwest.

This entry was posted in Collection, etc, Music, Photo. Bookmark the permalink.